“Would you like to change your daughter’s diaper?” The NICU nurse’s question had a profound effect, cutting through my misery and making me feel vaguely like a parent.

Last January, after a very high-risk pregnancy, I experienced a placental abruption, a common but potentially deadly complication. I was only 28 weeks pregnant with identical twins. An emergency cesarean section saved all three of our lives, but our family’s medical journey would turn out to be far from over. Shortly after they were born, my tiny daughters were intubated and put on ventilator support. And that is when I began my vigil of watching them through their incubators as they clung to life – feeling utterly useless and incompetent.

If I had thought that previously working for the Saving Newborn Lives program and my familiarity with neonatal public health would help me navigate the NICU, I was quickly disabused of that notion. The jargon of the intensive care staff was wildly unfamiliar to me, and that dissonance felt extremely disempowering.

Every minute or two a different alarm would sound, indicating a drop in heart rate or oxygen saturation level. Without knowing what these numbers meant, every bell and whistle felt like an emergency.The neonatal nurses cared for my twins in ways I was unqualified to, and I found myself nodding without understanding when the neonatologists talked about blood gases, ventilation rates, and atelectasis.

I felt at a complete loss at what role I should play as a parent in this new situation.

But that nurse had given me a mission: diaper duty. Changing a 1-kilo premature baby’s diaper through the holes of an isolette isn’t easy, but I awkwardly managed that first attempt with a little help. As I fastened the tiny micro-preemie diaper tabs, I found myself marveling at my daughter’s tiny wrinkly body, bathed in blue light to mitigate her jaundice. Soon I was eagerly attempting a repeat performance on my other twin daughter.

After that, I would wait and watch the strip on their diapers turn from yellow to blue (indicating urine) and I would swoop in, ready with a fresh, clean pair. Slowly, my feelings of incompetence and loss of control began to recede.

The months went on and we learned the jargon and rhythm of the NICU. The nurses taught me how to care for a premature child. As we learned more, my husband and I  became empowered to advocate for our twins. And as I gained confidence, I began reaching out to other rookie NICU parents to share what I had learned.

Research has shown that when parents show up and are involved, their premature and medically fragile babies have better developmental outcomes.1 But there is much that neonatal caregivers can do to help parents transition into their role as parent advocates:

Ten months after my first diaper change, one of my twins is home and thriving, and the other will be discharged in the coming months. (Because of her congenital heart defect she has had a significantly longer hospitalization.) They have septupled in size, transformed from little weaklings to smiling, chubby babies with their own unique personalities and preferences.

Our road to parenthood has been bumpy at best. As so often with premature and medically fragile babies, our medical concerns do not end with NICU discharge. Due to chronic lung disease of prematurity, we will have years to go before both of our children will be completely weaned off respiratory support. However, thanks to the help of the neonatal nurses, neonatologists, and respiratory therapists we’ve worked with over the past year, I feel fully equipped to ask questions, navigate the healthcare system, and, when necessary,  voice my concerns.

And it all began with that simple diaper change. 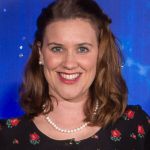 Amialya (Mia) Durairaj is a nutrition and health freelance writer living in San Diego. You can visit her at LittleOctopus.org.