Home > Blog > Campaigning to Reduce Stillbirths in Canada (and beyond)

A post from the Stillbirth Advocacy Working Group stillbirth series by Nadine Belzile of BabyKicks.ca and BébéBouge.ca

On January 7, 2021, I published an opinion piece about why we need to take action to reduce preventable stillbirths in Canada. In it, I explain how my daughter was stillborn in 2012 and how she could have been saved had I known about the importance of fetal movement monitoring in the third trimester of pregnancy. In it, I encouraged readers to sign a petition I initiated in October 2020 asking the Government of Canada to take action to reduce the Canadian stillbirth rate by following the lead of countries such as Australia and the UK, both of which have national action plans to reduce stillbirth that include recommendations for fetal movement monitoring. Stillbirth is a public health issue that is neglected, invisible and absent in current Canadian public policies despite more than 3,000 babies who are stillborn every year. My petition was meant to be a wake-up call for the government and the first step in a broader attempt to effect change in Canada.

Following is a step-by-step account of the petition process I followed and considerations to take into account at each step to help ensure a positive result, for advocates in other countries who may want to try similar efforts.

Step One: Writing and Publishing the Petition

When I initiated the petition, I decided to publish it on Canada’s House of Commons website. This offered me the advantage of having the petition presented before the House if I gathered at least 500 signatures. Once that was done, the government would be required to table an official response to the petition. The House of Commons offers a step-by-step guide to writing petitions on their website. I was limited to 250 words, so the petition text had to be succinct and to the point. I focused on referencing statistics that showed the prevalence of stillbirths in Canada and on showing how other countries had taken action and were able to significantly reduce their stillbirth rates. I also tried to request actions from the government that could easily be implemented without requiring too much investment.

Before being published, my petition had to be sponsored by a Member of Parliament. I believe the choice of one’s sponsor can have a major impact on how one’s petition is received by the government. For example, choosing a sponsor who shows a personal interest in your petition is critical. It also helps if the person is a prominent member of the ruling government, such as a member of Cabinet and a frequent spokesperson for the government. Also, make sure your sponsor is willing to talk to the media in support of your issue.

Suggestions for advocates in other countries: Try to identify individuals who are in charge of decision-making for public health policy. Are any of them potential allies, or sympathetic to your issue? How can you make contact? The petition was scheduled to be opened for 120 days, which is the maximum number of days allowed by the House of Commons. Within that time frame, I had to gather a minimum of 500 signatures. To do so, I decided to mainly use social media. Therefore, along with the petition, I launched English and French Facebook pages. I purchased publicity time from Facebook to boost some of my posts regarding the petition and gather followers for my pages. With a few hundred dollars, by the end of December, I was able to gather around 300 followers and 260 signatures. By December, the number of signatures had stopped increasing and I was not willing to invest more money in Facebook publicity campaigns. So I tried something else.

I decided to write the above mentioned opinion piece, which caught the attention of the media. The English version was published on HealthyDebate.ca and the French equivalent was published two days later, on January 9, 2021, in the Quebec Huffington Post. With those in hand, I decided to contact every perinatal bereavement support group in Canada to let them know about the petition and ask them to post the articles on their own Facebook pages, which they did. I had previously identified these groups by searching the web and Facebook with keywords such as “baby loss”. Thanks to social media sharing, I reached my objective of 500 signatures within a week. By the time the petition closed on February 4, I had 726 signatures.

Suggestions for advocates in other countries: Find out which organizations provide support for parents who have lost a baby and how you can contact them. Most will be able to contact their members either through email or social media. Get their permission before posting anything on their social media pages by contacting the administrators. If the group is private, ask the administrators to post on your behalf (unless you want to join the group).

While gathering signatures for the petition, I connected with organizers of the Count the Kicks campaign in the U.S. and, together, we approached a well-established charity campaigning for over 40 years for an end to sudden infant deaths, Baby’s Breath Canada, to let them know of the petition and to convince them of the importance of fetal movement monitoring to reduce stillbirths in Canada. They also have a standing partnership with the Public Health Agency of Canada to raise awareness of safe sleep practices for babies. In recent years, they decided to broaden their mission to include the reduction of stillbirths and other perinatal and infant deaths in Canada. However, up to now, they were lacking a strategic plan to do so. They were an ideal partner. Thankfully, we were well received and have since then decided to partner to launch a national awareness campaign to inform expectant mothers of the importance of fetal movement monitoring during the third trimester of pregnancy.

The petition was presented to the House of Commons on February 23, 2021. While waiting for the government’s response, my new friends at Count the Kicks contacted me saying that one of their founders, Iowa Senator Janet Petersen, was offering to send a letter to the Government of Canada to support my petition. That’s when I realized this would be a great strategy to let the government know of the work that is being done in other countries to reduce preventable stillbirths. So I approached a few people and organizations to send letters to Canada’s Health Minister, most of whom responded positively to my request:

I was told in a subsequent meeting with the Public Health Agency of Canada that those letters made a favorable impression on the government.

Suggestions for advocates in other countries: Find out if there are other organizations in your country that share a similar mandate to your own and who can become allies to your cause. Contact international organizations who have the same mandate as your own and high-profile individuals who share your cause and ask them to send letters to the person in your government responsible for public health matters.

When I started the petition in October 2020, I tried getting some local media to do a story about it, but to no avail. That’s why I wrote the above-mentioned opinion pieces in January, which worked well to gather signatures. Now, I needed to interest the media in order to try to influence the government’s response to the petition. Thankfully this time, my local news station responded positively. In an interview, I told my stillbirth story, how fetal movement monitoring could have saved my daughter and why I had initiated a petition. My sponsor and Member of Parliament also went on record to say that he would continue to challenge the government on the issue as he believed it needed to be looked at in depth and the government needed to come up with a strategy.

A few days after that interview, I received a call from the Public Health Agency of Canada to set up a meeting to discuss the possibility of working together, along with Baby’s Breath Canada, to reduce stillbirths in Canada. I believe that call was a result, not only of the interview, but of all my other efforts in the writing of the petition itself, the choice of sponsor, the number of signatures and the support I had gathered nationally and internationally.

Suggestions for advocates in other countries: Contact your local media. If you personally know a reporter, ask them to interview you. Let them know of your efforts and all your accomplishments so far. Whether it is television, radio or newspaper, try to target the media most people listen to. Try to convince your sponsor to go on record in support of your cause. If unsuccessful, try writing your own articles. Sometimes, an article in one type of media will get the interest of another type of media. If successful, don’t be shy; write to your government to let them know of your interviews.

The government’s response was tabled on April 12, 2021. My goal of waking up the government to the issue of stillbirth prevention in Canada has been achieved. I have already had a very productive first meeting with the Public Health Agency of Canada and we continue to remain in touch. My news interview also had the added benefit of helping me find a web designer for my website. And in October, Baby’s Breath Canada and I will launch the national BabyKicks.ca awareness campaign.

I hope the above step-by-step process can serve as guidelines for other mothers, families or organizations that want to effect change in their own countries to reduce stillbirths. 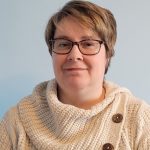 Nadine Belzile holds an M.A. in anthropology and has worked for 15 years as a research and public policy analyst for the Government of Canada. She is the mother of two boys. She lost a daughter to stillbirth in 2012. She is the founder of BabyKicks.ca and BébéBouge.ca.