Home > Blog > “Grief was a journey shared by both of us”: Why we need to recognize fathers’ grief following stillbirth and tailor support appropriately

A post from the Stillbirth Advocacy Working Group stillbirths series by Kate Obst, University of Adelaide

Pregnancy loss and neonatal death are devastating realities experienced by millions of families worldwide each year. However, along with loss and grief more broadly, pregnancy and infant loss have, historically, been seldom discussed. As a consequence, bereaved parents have reported experiences of stigma, shame and disenfranchisement. In addition, what attention there has been on grief following pregnancy loss and neonatal death, has typically focused on women.

However, a growing body of research has recognised several benefits of men’s engagement in pregnancy and childbirth, for themselves as well as for their female partners, babies, and family health more generally. Despite this, men’s experiences remain under-represented – especially in low- and middle-income countries where pregnancy remains very much a ‘women’s issue’.

Over the last three years, we have interviewed and surveyed close to 300 Australian men on their experiences of pregnancy loss (including miscarriage and stillbirth) and neonatal death.

Despite not having the direct physical experience of pregnancy, many men have described developing early bonds with their developing babies, who represent their long-held hopes and dreams for fatherhood. One of the men interviewed said:

“I think people in general don’t know or think men can feel this way […] but I am completely invested from the moment the two lines show on the [pregnancy test].”

Unsurprisingly, where men form an attachment to their developing baby, their grief if the baby is stillborn is usually more profound. However, the experience of grief is highly individualised. While some men use problem-solving approaches like ‘keeping busy’ or returning to work following stillbirth, others grieve more expressively, preferring to talk through their emotions.

Regardless of the style of grief, many men feel pressure to remain ‘strong’ to take on a supportive role for their female partner. Another interview participant explained:

“I felt like everyone was focused on my wife and I felt like I if I said I was upset too, I’d be told I wasn’t allowed to be. I remember sitting with my wife when they were talking about grief counselling and thinking… what about me? […] you have to be strong.”

This role of ‘supporter’ rather than ‘grieving father’ is also reinforced by healthcare systems which do not routinely conduct mental health assessments or follow-up for fathers, as well as societies which do not afford men the same parental or bereavement leave entitlements as women. Many men return to work soon after their loss and are expected to, as one participant put it, keep “the wheels in motion, and everyone else supported”.

Although support services such as individual counselling and support groups for men are available in many countries, participants frequently described feeling uncomfortable speaking to others or seeking help for themselves. Instead, many voiced a desire for active follow-up from healthcare professionals, or referrals to informal supports such as connecting with other men who have had similar experiences.

Overall, the importance of providing recognition and validation of men’s grief has been a consistent theme from our research. Men have expressed a need for healthcare systems to treat them as equal partners in pregnancy and childbirth, provide follow-up specifically to fathers in the weeks following a loss, and male-specific information which helps to navigate the dual need to support and be supported.

Whether we are a family member, friend, colleague or healthcare provider, perhaps one of the simplest things we can do to start providing recognition and validation to grieving fathers is to take the time to ask: “How are you, dad?” 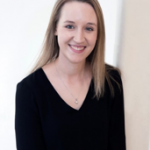 Kate is a Provisional Psychologist and PhD Candidate at the University of Adelaide in South Australia. Her PhD research is focused on investigating the impact of pregnancy/neonatal loss in under-researched populations in Australia, with a specific focus on men’s grief and support needs. You can read more about the program of research here: https://health.adelaide.edu.au/mens-grief Kate is a member of the Stillbirth Advocacy Working Group which was founded by the Partnership for Maternal, Newborn and Child Health, and is co-chaired by the International Stillbirth Alliance and the London School of Hygiene & Tropical Medicine. Email co-chairs Hannah Blencowe or Susannah Leisher at hannah-jayne.blencowe@lshtm.ac.uk or shleisher@aol.com to learn more.