Engaging families and communities is crucial to prevent maternal and newborn mortality. We know that men often play an important role in deciding when and where women and children should seek health care. However, male partners and fathers don’t usually accompany women and children when they visit health facilities. This means they miss out on a crucial opportunity to talk to health workers and receive up-to-date information on how to look after own health and that of their families. The World Health Organization has recommended encouraging men to become more involved with reproductive health services (1), although little is known about what impact male involvement has on care-seeking and recommended practices after childbirth (2).

Burkina Faso is a country with high burden of maternal and infant ill-health (3). In the postnatal period, many women and babies do not attend the recommended number of postnatal care visits. Many babies are given water and herbal tea from the first weeks of life rather than being exclusively breastfed, and many women have an unmet need for family planning. Male partners are usually the ultimate decision-makers on care-seeking, but are rarely seen in maternity wards and clinics.

A study recently published in the Bulletin of the World Health Organization (4) tested the hypothesis that if pregnant women invited their male partners to participate in maternity care, this would have a beneficial effect on families’ adherence to healthy practices after birth. The study was conducted between 2014 and 2016 in Bobo-Dioulasso, the second largest city in Burkina Faso.

i) One interactive group session with male partners focused on the role of men, involving the presentation of scenarios and group discussion,

ii) One individual couple-counselling session during pregnancy, covering a topics such as the importance of antenatal and postnatal care, birth preparedness, danger signs for mother and newborn, exclusive breastfeeding, healthy timing and spacing of pregnancies and postpartum contraception,

iii) Another, similar couple-counselling session after birth, prior to discharge from the health facility.

The intervention was tested using a randomised controlled trial, in which 1144 pregnant women were enrolled and randomly assigned to the intervention or control. In the intervention arm, men were invited to attend through an invitation letter, followed by a phone call from a health worker. The researchers found that the invitation elicited a good response: three-quarters of male partners attended at least two sessions.

The intervention was successful in improving adherence to recommended practices after birth. Specifically, it increased:

a) women’s attendance at at least two outpatient postnatal care consultations
b) exclusive breastfeeding three months after birth, and
c) the use of effective modern contraceptive methods eight months after birth, particularly long-acting reversible methods such as implants.

The researchers also found that the intervention increased the level of communication and shared decision-making within couples on care-seeking and other issues related to reproductive health.

This rigorous study showed that involving men as supportive partners in maternity care can be a useful strategy to encourage families to engage with health services and to follow providers’ recommendations. The intervention could be replicated in similar contexts. However, policies encouraging male partner involvement have sometimes been misinterpreted as an obligation to involve them. To prevent this, providers working in male involvement programmes need to be specifically trained not to pressurise women to involve men unless they wish to. Some male involvement interventions have reinforced existing gender inequalities. Components designed to promote equitable gender relations must form an integral part of all male involvement programmes.

1. World Health Organization, WHO recommendations on health promotion interventions for maternal and newborn health. 2015, WHO: Geneva. 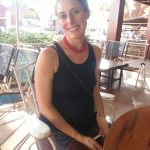 Marina A.S. Daniele is a midwife and maternal health researcher. She led this study while completing her PhD in Epidemiology at the London School of Hygiene and Tropical Medicine, thanks to a collaboration with AfricSanté – https://africsante.org/, a research centre in Bobo Dioulasso, Burkina Faso. Marina now holds a post-doctoral position as Midwife Researcher within the PRECISE network at King’s College London – https://precisenetwork.org/ She can be contacted on marina.daniele@kcl.ac.uk and is on Twitter @marasdan.