Stillbirths, pregnancy losses that happen after 20 weeks’ gestation, affect nearly 24,000 families in the United States each year. For every baby who dies of SIDS (sudden infant death syndrome), approximately 10 babies are stillborn. Despite the frequency of these tragic losses, stillbirth receives little attention, and families often feel stigmatized.

Through my research, I have met with a number of families who have suffered a stillbirth. I’d like to walk you through a story, which though fictitious, describes a scenario that occurs far too often.

After months of trying to get pregnant, a couple is thrilled to see two pink lines on a pregnancy test. Having comforted numerous friends who suffered a miscarriage, they remain cautious through the first trimester. The second trimester ushers in relief. They share their news and begin making plans for the nursery. As her belly grows, so does their anticipation – they can’t wait to become a family of three!

She’s now approaching her due date. While running errands, she realizes that she hasn’t felt the baby move recently. She goes home to rest, but still doesn’t feel anything. She rushes to her doctor’s office, and eagerly awaits the familiar sound of her baby’s heartbeat through the Doppler. The doctor, unable to find a heartbeat, calmly explains that the baby might be in an awkward position. She is sent for an ultrasound, and in the dimly lit room, she learns that her baby has died. The baby who checked out so perfectly at every appointment. The baby she and her partner had longed for. That baby was gone.

She faces the harsh reality of sharing the news with her partner, family, and friends. She must also endure delivery. Whether vaginally or by C-section, giving birth to death is far more painful than she ever could have imagined.

Her time in the hospital is a blur. She meets her perfect baby girl and cannot comprehend how, or why, this happened. She and her partner console each other, snap a few family photographs, and finally say goodbye to their daughter.

Some loved ones visit and deliver meals. Others aren’t sure what to do: “I can’t mention the baby, it will surely upset them.” Weeks and months pass, some friends still talk about the baby, while more and more avoid the subject. Meanwhile, they miss their baby girl every minute of every day. They talk about what could have been but are periodically silenced by someone who tells them that they can just “try again.”

They might have another baby – or not – but their daughter is irreplaceable. They never stop missing her. They celebrate her each year on her birthday. They mourn the missed milestones. They are forever changed, yet many of their loved ones can’t understand that they are no longer who they were before these walls came crashing down.

We have a script, albeit imperfect, for what to do when someone’s grandparent, parent, or spouse dies. Unfortunately, we stumble blindly when someone loses a child, particularly one who never took a breath. Our failure to talk about stillbirth is harmful both to families who endure these devastating losses and to those of us who know them.

The overwhelming message from bereaved families is that their babies are loved and missed each and every day. Let’s comfort grieving parents and give them space to talk about their babies if they’d like. Let’s acknowledge their pain and recognize that they have been irreversibly changed. Let’s honor these families, and their babies, by ending the silence around stillbirth.

Resources for families who have suffered a stillbirth

Resources for supporting a family after stillbirth 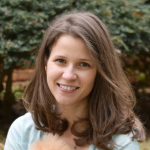 Lauren Christiansen-Lindquist, PhD, MPH is a research assistant professor at Emory University. Her research focuses on improving data quality for stillbirths in the United States. She is interested in improving the care that families receive around the time of a stillbirth as well as improving access to evaluations to identify causes of stillbirth. She is also a member of the Stillbirth Advocacy Working Group (SAWG) co-chaired by the International Stillbirth Alliance and London School of Hygiene & Tropical Medicine. This blog is the first in an occasional series on various aspects of stillbirth that will be submitted by members of the SAWG.