Stillbirth isn’t as uncommon as we are led to believe.

Unbeknownst to many, 25,000 babies are born still every year in the United States—more than deaths resulting from SIDS and congenital anomalies combined (that is approximately 2,000 babies dying each month). Even with numbers like these, stillbirth remains one of the most understudied and underfunded public health issues today.

Since I was a young girl, the one and only thing that I was 100% certain of was that one day I would be a mom.

Just as I had envisioned as a young girl, my first pregnancy was uneventful and resulted in a picture-perfect baby girl.

A year later, I suffered my first miscarriage. I had a one-year-old at home and was able to make peace with my loss, believing that everything happens for a reason. I never once worried about what my future pregnancy outcomes would be.

The following year I suffered my second miscarriage, which was a much bigger pill to swallow. It resulted in an ambulance ride, 10 hours in the ER, and a D&C. I was completely distraught. At that point, I didn’t think things could get any worse; I was living my worst nightmare.

When I found out I was pregnant for my 4th time in 4 years, I was convinced that I had paid my dues to the fertility god and that everything had to be ok. When I successfully made it through my 1st trimester, I felt that I could finally breathe and begin to enjoy my pregnancy.

Sadly, that wasn’t the case. At a routine 2nd trimester checkup, my obstetrician could not detect my daughter’s heartbeat.

There are no words to describe the overwhelming sense of devastation I felt in that moment. My heart shattered into a million tiny pieces as I lay there on the examination table. I have spent the past 6 years, 5 months, and 30 days working to mend my broken heart, but let’s be honest, it will never be whole. I’m forever changed; the path that I was on veered horribly off course.

It made things worse when I learned that I was one of tens of thousands of women who are dealt this devastating, life-altering fate every year. My doctor, whom I trusted, did me the disservice of telling me that suffering a stillbirth was as rare as being struck by lightning. But as I was quickly learning, that wasn’t the case.

I was hopeful that maybe things would start to change after the 2011 Lancet series on stillbirth authoritatively identified stillbirth as one of the most shamefully neglected areas of global public health. But we weren’t so lucky—things have yet to change.

Then there was the 2016 Lancet series on “Ending Preventable Stillbirths”, which stated that there are 24 countries with lower stillbirth rates than the U.S., and 154 countries that are reducing their stillbirth rates more rapidly than the United States. For a nation that is among the top 10 wealthiest in the world, these statistics are unacceptable.

According to the National Institutes of Health, in 2016, $16 million was spent on Sudden Infant Death Syndrome, $240 million on preterm, low birth weight and health of the newborn, $351 million on pediatric cancer, and approximately $4.7 million on stillbirth.

The death of any child is tragic, but the disparity in urgency, funding and action to prevent stillbirths as compared to these other outcomes is unacceptable.

The first time people hear about stillbirth shouldn’t be when it has happened to them. The time is now to break the silence around stillbirth. 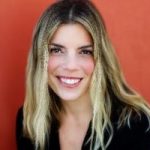 Debbie Haine Vijayvergiya’s daughter Autumn Joy was born still in July 2011. Since then, Debbie has become a powerful advocate for stillbirth awareness and education. In 2013 Debbie co-founded the national organization Action for Stillbirth Awareness and Prevention Coalition. The mission of ASAP is to raise awareness of stillbirth, unify voices, and accelerate prevention efforts in the United States.  In 2013, Debbie assisted in drafting New Jersey’s first-ever stillbirth legislation and in June 2014, Governor Chris Christie passed The Autumn Joy Stillbirth Research & Dignity Act. Later in 2014, Debbie founded the 2 Degrees Foundation Fund to help support the implementation of the Act, and more importantly, to ensure that every family in the state of New Jersey has a fighting chance against stillbirth.  Debbie is also a member of the Stillbirth Advocacy Working Group (SAWG) co-chaired by the International Stillbirth Alliance and London School of Hygiene & Tropical Medicine. Debbie lives in New Jersey with her husband and two children.