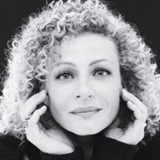 Alicia Ely Yamin is a Lecturer on Global Health and Director of the Program on the Health Rights of Women and Children at the François-Xavier Bagnoud Center for Health and Human Rights at Harvard University. Yamin’s twenty-year career at the intersection of health, human rights, and development has combined scholarship with engaged advocacy and policy work in relation to reproductive health and rights, across a number of regions. She currently oversees a ground-breaking, multi-country, mixed-methods qualitative and quantitative research study that will provide much greater understanding and opportunity for policy response with respect to the heretofore poorly understood impacts of maternal mortality on children, families, and communities in Tanzania, Ethiopia, Malawi, and South Africa. Yamin has been at the forefront of advocacy regarding standard setting with respect to reproductive health and rights at the global level, the strategic use of courts in relation to promoting abortion and other aspects of reproductive rights, and the analysis of the effects of global development agendas, such as the MDGs, on reproductive health policies, funding and programming. She currently co-directs (with Sakiko Fukuda-Parr of the New School) a study entitled “The Power of Numbers: A Critical Review of MDG Targets for Human Development and Human Rights” that assesses the impact of MDG 5 relating to reproductive health, as well as other MDGs, on policy priorities of national governments, bilateral donors, multilateral agencies, and other stakeholders. In addition to breaking new conceptual ground and adding to fields of knowledge in relation to reproductive health and rights, Yamin’s writing on rights-based approaches to health has been distinguished by its focus on operationalizing the broad normative concepts into meaningful tools for health practitioners. For example, in 2012, Yamin served as lead author for the “Technical guidance on the application of a human rights-based approach to the implementation of policies and programmes to reduce preventable maternal morbidity and mortality”, which is the first such concrete guidance for health policymakers on a rights-based approach to be adopted by resolution of the United Nations Human Rights Council through an inter-governmental process, and which sets a landmark precedent in terms of operationalizing rights-based approaches. Yamin is now actively engaged in a variety of research and advocacy projects relating to the implementation of the Technical Guidance. Yamin regularly advises UN agencies on reproductive health and rights and development issues. She provided expert input into the UN Secretary General’s Global Strategy on Women’s and Children’s Health (2010), and served on the Advisory Panel for the 2011 Partnership for Maternal Newborn and Child Health Commitments Report, as well as the WHO Steering Group relating to Evidence of Impact of Rights-Based Approaches to Women’s and Children’s Health (2011-2013). She is also a member of the WHO-led initiative on equity in achieving universal health care and, in 2013, served on the Reference Group for the ICPD+20 International Thematic Consultation on Human Rights. Yamin’s work is frequently cited by national and global entities, such as the WHO Commission on Social Determinants of Health, as well as by courts enforcing health rights, and she was appointed as an independent expert by the Colombian Constitutional Court in 2011 in relation to the implementation of a major judgment that restructured the health system. She also provides strategic advice as well as training to advocates and judges with respect to legal enforcement of reproductive and other health rights, including directing an annual, intensive course at Harvard. Yamin is a graduate of Harvard College (summa cum laude), Harvard Law School (cum laude), and the Harvard School of Public Health, where she received both the Samdperil and François-Xavier Bagnoud Awards upon graduation.