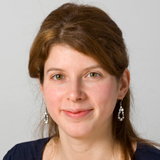 Audrey Prost is Senior Lecturer in Global Health at University College London. She obtained a BA in Anthropology and Ancient History from UCL in 1998, a maitrise in Ethnologie from the Sorbonne (Paris V) in 1999 and a PhD in Social Anthropology from the University of London in 2003. Her PhD research focused on perceptions of health, illness and care-seeking among Tibetan refugee communities in India. She then obtained a Career Development Fellowship with the MRC Social & Public Health Sciences Unit and trained in epidemiological research methods while conducting research focusing on the sexual health of migrant African communities in the UK. This led to work on the acceptability of HIV testing among UK African communities and informed recently published NICE Guidance on HIV testing. In 2008 Audrey moved to the Centre for International Health and Development at the Institute of Child Health, where she has joined research partners Ekjut (India) in the evaluation of community-based participatory interventions to improve maternal and child health in Jharkhand and Orissa. The Ekjut trial, which was published in the Lancet in 2010, won the Society for Clinical Trial's Award of 'Trial of the Year' in March 2011. 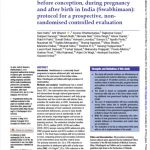 Integrated multisectoral strategy to improve girls’ and women’s nutrition before conception, during pregnancy and after birth in India (Swabhimaan): protocol for a prospective, non-randomized controlled evaluation 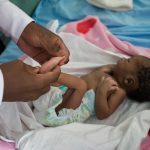