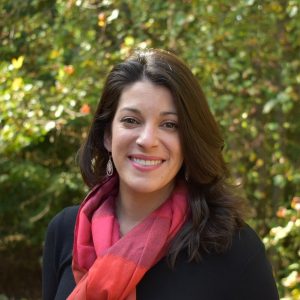 Lindsay Mallick joined The DHS Program via Avenir Health in 2014. As a Senior Research Associate for The DHS Analysis team, she conducts research using data from both DHS and SPA surveys on health services and outcomes related to reproductive, maternal, newborn, and child health. She has an MPH in International Health and Development from Tulane University and served in the Peace Corps in Mauritania, West Africa. Prior to joining The DHS Program, Ms. Mallick fulfilled two consecutive fellowship roles as an epidemiologist for the US Air Force and then the US Army. 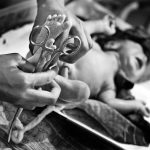 Measurement Matters! Highlights from a recent DHS publication on Thermal Care and Umbilical Cord Care Practices and Their Associations with Newborn Mortality 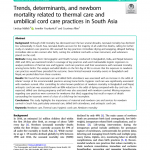 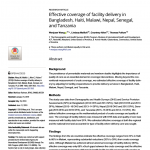 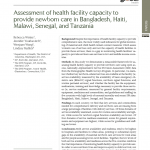