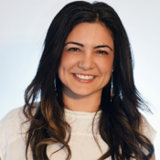 Melinda Cruz is CEO, Founder and a Board Director of Miracle Babies Foundation; Australia’s leading organisation supporting premature and sick newborns, their families and the hospitals caring for them. The Foundation provides the link between health professionals and families, working in partnership for better, healthier outcomes and is the peak consumer body for neonatal research.    Every year in Australia more than 45,000 newborns require the care of a Neonatal Intensive Care Unit (NICU) or Special Care Nursery and as the mother of three boys all born premature, Melinda knows firsthand the long term challenges and emotional trauma having a baby in specialised care can bring.   The incredible difference Melinda has made to thousands along with her impact as a successful entrepreneur has seen her win numerous awards including the 2011 EY Social Entrepreneur of the Year and be a regular guest on radio, TV and speaker at national and international conferences. She was inducted into the 2013 Australian Businesswomens Hall of Fame and was a 2015 NSW Woman of the Year - Premiers Award finalist.   She is a trusted expert to medical professionals seeking to improve treatments and understanding of premature and sick babies and the impact a birth has on the family unit. In 2012, she was awarded the title of Honorary Research Associate by the University of Sydney, Medical School and was the first parent to be invited as an Associate Investigator on a National Health and Medical Research Council (NHMRC) funded neonatal trial.   In 2014, she was invited to join the Perinatal Society of Australia and New Zealand's (PSANZ) Consumer Advisory Panel as the inaugural Chair and accepted a consumer representative position on the PSANZ IMPACT executive committee.   She is also a published author and speaker on not for profit start up, social entrepreneurship and leadership.   On 2 Nov 2014, Melinda ran the New York City Marathon with 18 others raising more than $200,000 for Miracle Babies.   You can follow Melinda on Facebook, Twitter, Instagram and LinkedIn 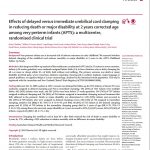