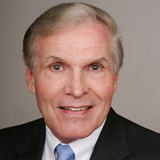 Mr. Chambers, a philanthropist, has directed most of his efforts toward improving the health and well being of children. He is the Founding Chairman of the Points of Light Foundation and co-founded, with Colin Powell, the America’s Promise Alliance. Mr. Chambers is the Co-Founder of the National Mentoring Partnership, and of Malaria No More. In February 2008, the Secretary-General of the United Nations appointed Mr. Chambers as his first Special Envoy for Malaria. Visibility, awareness, and funding for malaria have each increased exponentially since then, with over $4 billion raised, over 400 million mosquito nets distributed and millions of treatment courses administered.  In February 2013 the Secretary-General expanded Mr Chambers’s mandate as his first Special Envoy for Financing the Health Millennium Development Goals – the internationally agreed set of humanitarian targets which come due in December 2015. Mr. Chambers serves as one of the UN Secretary-General’s MDG Advocates and chairs the MDG Health Alliance. He is also Co-Chairman of the Board of GBCHealth. In his business career, Mr. Chambers was Chairman of Wesray Capital Corporation, which he co-founded with Former Secretary of the Treasury, Mr. William E. Simon.