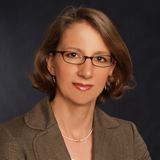 Rebecca Richards-Kortum is the Chair and Stanley C. Moore Professor of Bioengineering at Rice University. In 2007, she established Rice 360?: Institute for Global Health Technologies, and in 2005, with the support of the Howard Hughes Medical Institute, she founded Rice 360?'s undergraduate educational initiative, Beyond Traditional Borders (BTB). The BTB curriculum has been institutionalized at Rice as an undergraduate minor in global health technologies. In 2008, she was inducted into the U.S. National Academy of Engineering. She is also a felow of the Biomedical Engineering Society and the American Association for the Adancement of Science.