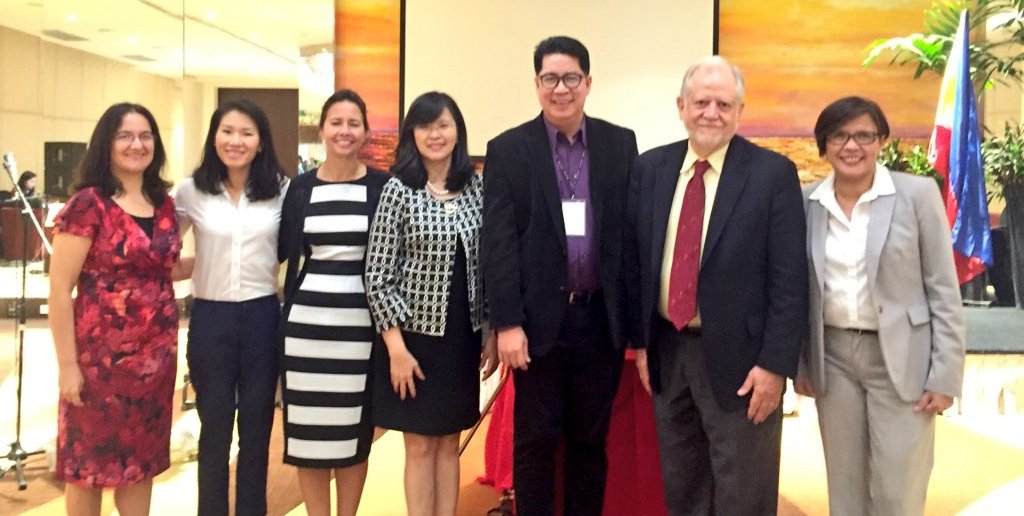 Studies have shown that the intake of folic acid or vitamin B9 from supplements and fortified food can significantly reduce the risk of neural tube defects (NTDs) or problems on the development of the baby’s brain and spine. NTDs comprise the second most common group of serious birth defects and these may result in immediate infant death, deformity or disability. Although there are efforts directed  towards increasing awareness, knowledge and consumption of folic acid, the full potential of folic acid to reduce the risk of NTDs has not yet realized in most countries, including the Philippines.

According to Dr. Carmencita Padilla, activity focal person and NAST Academician, the SLF represents “an important day for women”.  UP Manila Chancellor Padilla also noted that women in the reproductive age needs to take the vitamin not only for good health but also for saving babies from NTDs. In the latter, women planning to get pregnant should take the vitamin at periconception or the period before becoming pregnant and during the early months of pregnancy.

The SLF on Folic acid aims to review the global and Philippine burden of neural tube defects, review experiences in increasing folic acid intake globally and in the Philippines, and orient various stakeholders on the proposed legislation on folic acid supplementation, fortification and public education.

Local and international experts served as resource persons for the SLF. The Philippine General Hospital head of Pediatric Neurology Dr. Marissa Lukban discussed the burden of neural tube defects in the Philippines while PGH Director Dr. Gerardo Legazpi talked on surgical management of patients with NTDs. Both Lukban and Legazpi noted that surgical procedures and life-long co-morbidities of disabling NTDs are costly. Long-term management of NTD patients may require frequent hospitalization and affect the family’s productivity.

On the other hand, Dr. Robert John Berry of the US Centers for Disease Control and Prevention – National Center on Birth Defects and Developmental Disabilities discussed folate deficiency and insufficiency, as well as the role of folic acid in the reduction of NTDs as supported by scientific studies. Berry pointed that aside from deficiency, folate insufficiency is a new category of folate status that requires the same attention as deficiency since both folate deficiency and insufficiency present a risk for NTDs. He also presented other recently reported benefits of folic acid and reviews on its safety.

The last talk of the SLF centered on the highlights of the proposed legislation on folic acid. Dr. Padilla noted that the proposed bill presents a comprehensive approach on folic acid awareness promotion and increasing the folic acid consumption through fortification and supplementation. Padilla is the chief proponent of the Newborn Screening Act (Republic Act 9288) and the Rare Diseases Act of the Philippines (RA 10747).

Meanwhile,  Sanchez  gave an overview on the prioritization of bills in the House Health Committee and mentioned that a bill on folic acid education authored by Congressman Rufus Rodriguez was first filed in the House of Representatives during the 14th Congress. The said bill, House Bill 2651, was able to pass third and final reading in 2008. However, it was not acted upon in the Senate. Other folic acid bills in succeeding Congresses also did not prosper. According to Sanchez, the previous approval of the folic acid bill in final reading may help in the approval of a new bill in the House Committee, along with its inclusion to the legislative agenda of the DOH.

Sanchez also suggested other legislative strategies aside from filing a unique and independent bill. She recommended the possibility of expanding the Food Fortification Act (RA8976) through an amendment, or the inclusion of interventions for folic acid promotion and consumption in the proposed First 1000 days bill.

The SLF concluded with the synthesis of the discussions presented by UP Manila Vice Chancellor for Research and National Institutes of Health (NIH) Executive Director Dr. Eva Maria Cutiongco-de La Paz.#RPascual