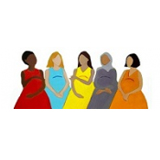 The International Fetal and Newborn Growth Consortium for the 21st Century, or INTERGROWTH-21st, is a global, multidisciplinary network of more than 300 researchers and clinicians from 27 institutions in 18 countries worldwide, coordinated from the University of Oxford. We are dedicated to improving perinatal health globally and committed to reducing the millions of preventable newborn deaths that occur as a result of preterm birth or poor intrauterine growth.

In order to meet this goal, we developed international growth standards to measure and improve maternal and newborn clinical care, and compare outcomes across populations. Such standards already existed to monitor the growth of infants and children: the WHO Child Growth Standards. Their release in 2006 was a landmark achievement and are now used worldwide.

However, the fetal and newborn counterpart has been missing – until now. The aim of the INTERGROWTH-21st Project was to extend the WHO Child Growth Standards concept into the fetal and neonatal period, providing tools for continuity of care from conception to five years of age.

The INTERGROWTH-21st Consortium implemented three poplulation-based studies using standardized methods, and clinical and research protocols. We gathered a rich body of data on health, growth, and nutrition from pregnancy to early infancy from close to 60,000 women and newborns across five continents, making the INTERGROWTH-21st Project the largets collaborative venture in the field of perinatal health.

The resulting data provide unique insights into growth and development for the 21st century. The findings provide the basis for a new international equation for estimating gestational age through ultrasound early in pregnancy based on the first globally-applicable and evidence-based crown-rump length standards, new fetal growth and newborn size standards, and new ways of classifying preterm and small for gestational age newborns. We are working to disseminate the resources necessary for enaling the adoption and scale-up of these tools at all levels of the health care system.

After implementing a population-based studies in eight different countries, we constructed a package of global standards and tools applicable to clinicians and researchers all over the world. That package includes:

We are committed to translating these evidence-based tools into routine practice by offering this package to clincians, researchers, programmers, and policymakers in a diversity of contexts. To learn more about the INTERGROWTH-21st Project and download the tools, please visit www.intergrowth21.org. 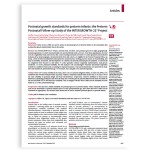 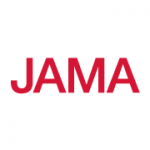 The Distribution of Clinical Phenotypes of Preterm Birth Syndrome 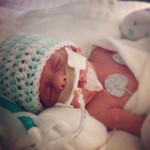