Home > Resources > Beyond newborn survival: the world you are born into determines your risk of disability-free survival 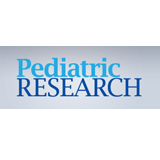 Every year, 135 million newborns enter the world, each arriving naked and apparently equal. Yet, their chances of surviving and thriving vary dramatically depending on which world these babies are born into—ranging from high-income countries with universal neonatal intensive care to the world of home births without midwives, medical supplies, or health system support.

This supplement includes six research articles presenting the first systematic estimates of impairment after neonatal morbidity, bringing together the work of almost 50 authors representing 35 institutions from 12 countries, from more than a thousand different data inputs. We summarize global estimates of the incidence of impairments in the year 2010 as a result of four major neonatal conditions: preterm birth (including separate estimates of visual impairment due to retinopathy of prematurity), intrapartum-associated neonatal encephalopathy (sometimes referred to as “birth asphyxia”), severe neonatal infections, and hyperbilirubinemia (seen clinically as jaundice) (1–5).

Where you are born strongly affects your outcome, and you may be born into four very different worlds. First, 11 million neonates are born in high-income countries where intensive care is universally available, and stillbirth and neonatal mortality rates are very low (less than 5 per 1,000 births), despite attempts to rescue even extremely low-gestational- age newborns. Survival is now at 80% for those born at 25 wk gestational age, with disability risk very low for infants born beyond this threshold (3). Yet, even between and within high-income countries, the risk of death and disability varies.