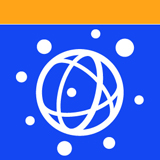 Background
The beneficial influence of social networks on health and wellbeing is well-established. In poor urban settlements in Bangladesh, BRAC’s Manoshi programme trains community health workers (CHWs) to support women through pregnancy, delivery and postpartum periods. This paper test the hypothesis that the introduction of CHWs as weak ties into the social networks of Manoshi members mediates improvements in maternal and neonatal health (MNH) best practices by providing support, facilitating ideational change, connecting mother to resources, and strengthening or countering the influence of strong ties.

Methods
1000 women who had given birth in the last three months were identified and interviewed as part of ongoing monitoring of 5 poor urban settlements in Dhaka, Bangladesh. A social networks questionnaire was administered which elicited women’s perceived networks around pregnancy, delivery and post-partum periods. Mediation analysis was performed to test the hypothesis that penetration of Manoshi CHWs into women’s perceived networks has a beneficial effect on MNH best practises.

Results
The presence and influence of Manoshi CHWs in women’s networks significantly mediated the effect of Manoshi membership on MNH best practices. Respondents who were Manoshi members and who listed Manoshi CHWs as part of their support networks were significantly more likely to deliver with a trained birth attendant (OR 3.61; 95%CI 2.36–5.51), to use postnatal care (OR 3.09; 95%CI 1.83–5.22), and to give colostrum to their newborn (OR 7.51; 95%CI 3.51–16.05).

Conclusion
Manoshi has succeeded in penetrating the perceived pregnancy, delivery and post-partum networks of poor urban women through the introduction of trained CHWs. Study findings demonstrate the benefits of moving beyond urban health care delivery models that concentrate on the provision of clinical services by medical providers, to an approach that nurtures the power of social networks as a means to support the poorest and most marginalized in changing behaviour and effectively accessing appropriate maternal services.