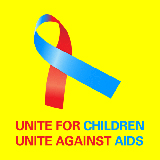 In South Africa, fewer pregnant women living with HIV are transmitting the virus to their babies than ever before. Mothers can pass HIV to their infants during pregnancy, birth or breastfeeding. In 2008, the country’s rate of mother to child transmission was estimated at eight per cent. Today, it is below three per cent. But many challenges to continued, consistent care remain.??The MomConnect SMS messaging initiative, a joint project by UNICEF and partners including the MAC AIDS Fund, aims to reduce the impact of those challenges. The South African government rolled out the programme in KwaZulu/Natal Province in June, 2012. Since then, the region has made remarkable progress in reducing new infections among children.??MumConnect uses SMS text messages to remind pregnant women of critical appointments for tests and check-ups, and to deliver health and childcare information. The messages arrive through pregnancy and beyond, until the baby is eighteen months old. The goal is to improve the overall quality of care for mothers and babies.??Dr Sibongiseni Dhlomo of the KwaZulu Natal Department of Health’s Executive Council says that his province has seen great progress in just four years. Today, he says, “only two women out of a hundred will give birth to HIV positive babies. Four years ago it was twenty women.  Now, that is a significant improvement in our womens’ and maternal health.”??MomConnect is current in its pilot phase, with the Edendale Hospital in Pietermaritzburg serving as one of two hospital sites for the project.