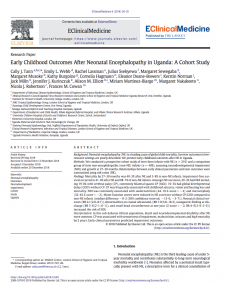 Neonatal encephalopathy (NE) is a leading cause of global child mortality. Survivor outcomes in low resource settings are poorly described. We present early childhood outcomes after NE in Uganda.