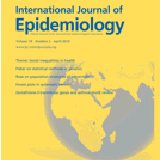 Background Information on cause-of-death is lacking for 98% of the world’s 4 million neonatal deaths that occur in countries with inadequate vital registration (VR). Our aim was to estimate, by country for the year 2000, the distribution of neonatal deaths across programme-relevant causes including: asphyxia, preterm birth, congenital abnormalities, sepsis/pneumonia, neonatal tetanus, diarrhoea, and ‘other’.

Methods Two sources of neonatal cause-of-death data were examined: VR datasets for countries with high coverage (>90%), and published and unpublished studies identified through systematic searches. Multinomial regression was used to model the distribution of neonatal deaths. A VR-based model was used to estimate the distribution of causes of death for 37 low-mortality countries without national data. A study-based model was applied to obtain estimates for 111 high-mortality countries. Uncertainty estimates were derived using the jackknife approach.

Results Data from 44 countries with VR (96 797 neonatal deaths) and from 56 studies (29 countries, 13 685 neonatal deaths) met inclusion criteria. The distribution of reported causes of death varied substantially between countries and across studies. Based on 193 countries, the major causes of neonatal death globally were estimated to be infections (sepsis/pneumonia, tetanus, and diarrhoea, 35%), preterm birth (28%), and asphyxia (23%). Regional variation is important. Substantial uncertainty surrounds these estimates.

Conclusions This exercise highlights the lack of reliable cause-of-death data in the settings in which most neonatal deaths occur. Complex statistical models are not a panacea. Representative data with comparable case definitions and consistent hierarchical cause-of-death attribution are required.