Home > Resources > Evidence-based, cost-effective interventions: how many newborn babies can we save? 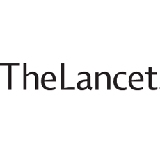 In this second article of the neonatal survival series, we identify 16 interventions with proven efficacy (implementation under ideal conditions) for neonatal survival and combine them into packages for scaling up in health systems, according to three service delivery modes (outreach, family-community, and facility-based clinical care). All the packages of care are cost effective compared with single interventions. Universal (99%) coverage of these interventions could avert an estimated 41—72% of neonatal deaths worldwide. At 90% coverage, intrapartum and postnatal packages have similar effects on neonatal mortality—two-fold to three-fold greater than that of antenatal care. However, running costs are two-fold higher for intrapartum than for postnatal care. A combination of universal—ie, for all settings—outreach and family-community care at 90% coverage averts 18—37% of neonatal deaths. Most of this benefit is derived from family-community care, and greater effect is seen in settings with very high neonatal mortality. Reductions in neonatal mortality that exceed 50% can be achieved with an integrated, high-coverage programme of universal outreach and family-community care, consisting of 12% and 26%, respectively, of total running costs, plus universal facility-based clinical services, which make up 62% of the total cost. Early success in averting neonatal deaths is possible in settings with high mortality and weak health systems through outreach and family-community care, including health education to improve home-care practices, to create demand for skilled care, and to improve care seeking. Simultaneous expansion of clinical care for babies and mothers is essential to achieve the reduction in neonatal deaths needed to meet the Millennium Development Goal for child survival.

This report is the second in a series addressing neonatal survival.1 The first article2 discussed the unacceptably high number of neonatal deaths that happen every year (4 million), their inequitable distribution, the increasing proportion of child deaths that take place in the neonatal period, and the importance of reducing neonatal mortality to meet the Millennium Development Goal for child survival (MDG-4). Most neonatal deaths occur at home in low-income and middle-income countries against a backdrop of poverty, sub-optimum care seeking, and weak health systems.

Globally, neonatal deaths now account for 38% of deaths in children aged younger than 5 years.2 Child survival and safe motherhood strategies have yet to adequately address mortality in the neonatal period. A major barrier to action on neonatal health has been the erroneous perception that only expensive, high-level technology and facility-based care can reduce mortality.5, 6 Increasing access to skilled, facility-based care is an important long-term aim, but what can be done in low-income and middle-income countries in the shorter term? Are there cost-effective interventions and health-care strategies that can be implemented now, and how many lives could be saved?

Here, we summarise the findings of a review of the evidence on the efficacy (implementation under ideal conditions) and effectiveness (implementation under conditions that pertain within health systems) of a wide range of potential interventions to reduce perinatal and neonatal mortality. We present an analysis of the cost-effectiveness of individual interventions, and of interventions packaged to facilitate their delivery by health systems. We derive estimates of the proportion and number of neonatal deaths that could be prevented with these interventions in 75 countries, and the associated cost.