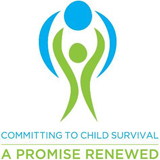 The promise: In 2000, the world made a promise to children: to reduce by two-thirds between 1990 and 2015, the rate of under-five mortality. In 2012, world leaders renewed the promise. Since the global launch of Committing to Child Survival: A Promise Renewed in June 2012, nearly 180 governments have pledged to scale up efforts to accelerate declines in preventable maternal, newborn and child deaths.

An overview of child survival: good news and bad

Globally, major progress has been made in improving child survival. The under-five mortality rate has declined by almost half since 1990, dropping from 90 to 46 deaths per 1,000 live births in 2013. The absolute number of under-five deaths was cut in half during the same period, from 12.7 million to 6.3 million, saving 17,000 lives every day.

The first month of life: the most vulnerable period

The Promise: Reaching every newborn with quality care