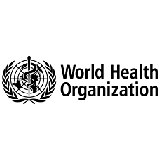 In April 2010 the South African Department of Health and the National AIDS Council released revised clinical guidelines for the prevention of mother-to-child transmission of HIV (PMTCT).1 These revised guidelines contain many promising changes including: highly active antiretroviral therapy (HAART) for all HIV-infected pregnant women with CD4 counts of ≤ 350 cells/μl; 6 weeks of antiretroviral (ARV) prophylaxis with nevirapine for all HIV-exposed infants; continued infant nevirapine prophylaxis until 1 week after complete cessation of breastfeeding for HIV-exposed breastfed infants whose mothers are not on HAART; and HAART for all confirmed HIV-positive infants from as early as 6 weeks of age. These changes provide the opportunity for South Africa to get back on track towards meeting the United Nations Millennium Development Goals 4, 5 and 6 through significant reductions in HIV transmission and mortality.

While these new guidelines are to be welcomed, one aspect is somewhat disappointing. This concerns the issue of infant feeding in the PMTCT programme. The new guidelines recommend the continued provision of free formula milk through public health facilities for women opting not to breastfeed. This policy comes 5 months after the World Health Organization’s (WHO) revised principles and recommendations for HIV and infant feeding were released in November 2009.2A key WHO recommendation is that national or subnational health authorities estimate which feeding strategy is likely to provide the greatest chance of HIV-free survival for infants based on several factors, including background levels of infant mortality and the leading causes of infant mortality. Authorities should then decide whether health services should mainly counsel and support HIV-infected mothers to breastfeed and receive ARVs, or instead avoid all breastfeeding.

WHO’s recommendations are based on accumulated programmatic evidence and research conducted over the past few years in African countries. In keeping with these recommendations, the new South African PMTCT guidelines state that the programme adopt an approach to infant feeding that maximizes child survival and not only the avoidance of HIV transmission. However, it appears that no determination has been made about which feeding practice will maximize HIV-free survival nationally. A choice between two feeding options (exclusive breastfeeding or exclusive formula feeding with free formula milk) is still recommended. The continued provision of free commercial infant formula is an incentive that can cloud feeding decisions. Research from South Africa3 has already shown that women are opting for feeding despite not meeting WHO AFASS (acceptable, feasible, affordable, sustainable and safe) conditions.

This paper presents the latest evidence regarding mortality and morbidity associated with feeding practices in the context of HIV infection and highlights the lack of a clear infant feeding policy for South Africa in the context of changing evidence. It questions the ongoing provision of free formula milk through the public health system and recommends a change in policy that prioritizes child survival for all South African children.