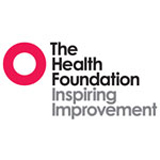 While Malawi may meet its target for reductions in child mortality, neonatal mortality lags behind.

In 2006, we launched a five year programme with a consortium of international experts. MaiKhanda – which means ‘mother and baby’ in Chichewa – aimed to reduce by 30% the number of maternal and neonatal deaths in the Lilongwe, Kasungu and Salima districts of Malawi, working within the strategy already established by the Malawi Ministry of Health’s roadmap for maternal health.

The four approaches were:

The programme was innovative in its ambition to combine two large-scale interventions:

Three organisations were invited to form a consortium to design and deliver the programme, working in partnership with University College London, which would deliver an independent evaluation:

As MaiKhanda moves into its next phase, the independent evaluation estimates that over 1,000 newborn lives have been saved so far.

The Health Foundation, The Institute for Healthcare Improvement, Liverpool School of Tropical Medicine