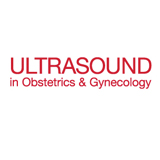 Methods
Urban areas in eight geographically diverse countries that met strict eligibility criteria were selected for the prospective, population-based recruitment, between 9+0 and 13+6weeks’ gestation, of healthy well-nourished women with singleton pregnancies at low risk of fetal growth impairment. GA was calculated on the basis of a certain last menstrual period, regular menstrual cycle and lack of hormonal medication or breastfeeding in the preceding 2 months. CRL was measured using strict protocols and quality-control measures. All women were followed up throughout pregnancy until delivery and hospital discharge. Cases of neonatal and fetal death, severe pregnancy complications and congenital abnormalities were excluded from the study.