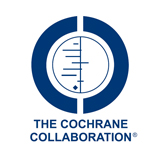 Background: Kangaroo mother care (KMC), originally defined as skin-to-skin contact between a mother and her newborn, frequent and exclusive or nearly exclusive breastfeeding, and early discharge from hospital, has been proposed as an alternative to conventional neonatal care for low birthweight (LBW) infants.

Objectives: To determine whether there is evidence to support the use of KMC in LBW infants as an alternative to conventional neonatal care.

Search methods: The standard search strategy of the Cochrane Neonatal Group was used. This included searches in MEDLINE, EMBASE, LILACS, POPLINE, CINAHL databases (all from inception to March 31, 2014) and the Cochrane Central Register of Controlled Trials (The Cochrane Library, Issue 3, 2014) In addition, we searched the web page of the Kangaroo Foundation, conference and symposia proceedings on KMC, and Google scholar.

Main results: Eighteen studies, including 2751 infants, fulfilled inclusion criteria. Sixteen studies evaluated KMC in LBW infants after stabilization, one evaluated KMC in LBW infants before stabilization, and one compared early onset KMC with late onset KMC in relatively stable LBW infants. Thirteen studies evaluated intermittent KMC and five evaluated continuous KMC. At discharge or 40-41 weeks’ postmenstrual age, KMC was associated with a reduction in the risk of mortality (typical risk ratio (RR) 0.60, 95% confidence interval (CI) 0.39 to 0.92; eight trials, 1736 infants), nosocomial infection/sepsis (typical RR 0.45, 95% CI 0.27 to 0.76), hypothermia (typical RR 0.34, 95% CI 0.17 to 0.67), and length of hospital stay (typical mean difference 2.2 days, 95% CI 0.6 to 3.7). At latest follow up, KMC was associated with a decreased risk of mortality (typical RR 0.67, 95% CI 0.48 to 0.95; 11 trials, 2167 infants) and severe infection/sepsis (typical RR 0.56, 95% CI 0.40 to 0.78). Moreover, KMC was found to increase some measures of infant growth, breastfeeding, and mother-infant attachment. There were no significant differences between KMC infants and controls in neurodevelopmental and neurosensory impairment at one year of corrected age. Sensitivity analysis suggested that the inclusion of studies with high risk of bias did not affect the general direction of findings or the size of the treatment effect for the main outcomes.

Authors’ conclusions: The evidence from this updated review supports the use of KMC in LBWinfants as an alternative to conventional neonatal care mainly in resource-limited settings. Further information is required concerning effectiveness and safety of early onset continuous KMC in unstabilized or relatively stabilized LBW infants, long term neurodevelopmental outcomes, and costs of care.