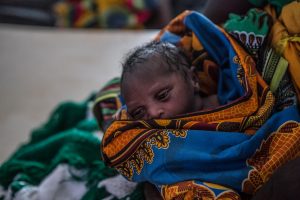 Neonatal deaths now account for 47% of all deaths in children younger than 5 years globally. More than a third of newborn deaths are due to preterm birth complications, which is the leading cause of death. Understanding the causes and factors contributing to neonatal deaths is needed to identify interventions that will reduce mortality. We aimed to establish the major causes of preterm mortality in preterm infants in the first 28 days of life in Ethiopia.

We did a prospective, cross-sectional, observational study in five hospitals in Ethiopia. Study participants were preterm infants born in the study hospitals at younger than 37 gestational weeks. Infants whose gestational age could not be reliably estimated and those born as a result of induced abortion were excluded from the study. Data were collected on maternal and obstetric history, clinical maternal and neonatal conditions, and laboratory investigations. For neonates who died of those enrolled, consent was requested from parents for post-mortem examinations (both complete diagnostic autopsy and minimally invasive tissue sampling). An independent panel of experts established the primary and contributory causes of preterm mortality with available data.

Three conditions accounted for 89% of all deaths among preterm infants in Ethiopia. Scale-up interventions are needed to prevent or treat these conditions. Further research is required to develop effective and affordable interventions to prevent and treat the major causes of preterm death.