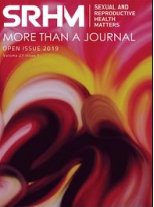 Seventy-seven maternal deaths occurred between September 2017 and August 2018 in the Rohingya refugee camps in Ukhia and Teknaf Upazilas, Cox’s Bazar District, Bangladesh. Behind every one of these lives lost is a complex narrative of historical, social, and political forces, which provide an important context for reproductive health programming in Rohingya camps. Rohingya women and girls have experienced human rights violations in Myanmar for decades, including government-sponsored sexual violence and population control efforts. An extension of nationalist, anti-Rohingya policies, the attacks of 2017 resulted in the rape and murder of an unknown number of women. The socio-cultural context among Rohingya and Bangladeshi host communities limits provision of reproductive health services in the refugee camps, as does a lack of legal status and continued restrictions on movement. In this review, the historical, political, and social contexts have been overlaid below on the Three Delays Model, a conceptual framework used to understand the determinants of maternal mortality. Attempts to improve maternal mortality among Rohingya women and girls in the refugee camps in Bangladesh should take into account these complex historical, social and political f