Home > Resources > Neonatal Mortality Levels for 193 Countries in 2009 with Trends since 1990: A Systematic Analysis of Progress, Projections, and Priorities 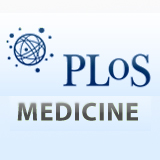 Background: Historically, the main focus of studies of childhood mortality has been the infant and under-five mortality rates. Neonatal mortality (deaths ,28 days of age) has received limited attention, although such deaths account for about 41% of all child deaths. To better assess progress, we developed annual estimates for neonatal mortality rates (NMRs) and neonatal deaths for 193 countries for the period 1990–2009 with forecasts into the future.

Conclusions: Neonatal mortality has declined in all world regions. Progress has been slowest in the regions with high NMRs. Global health programs need to address neonatal deaths more effectively if Millennium Development Goal 4 (two-thirds reduction in child mortality) is to be achieved.

Download the excel spreadsheet with neonatal data for 193 countries regarding numbers and rates and progress. View the full paper (PDF)