Home > Resources > Perceptions of the Risk for Ebola and Health Facility Use Among Health Workers and Pregnant and Lactating Women — Kenema District, Sierra Leone, September 2014 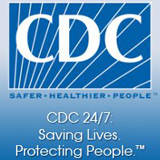 During May–July 2014, one third of confirmed Ebola cases in Sierra Leone originated in Kenema District (population 653,000), located in the Eastern Province (3). During this period, routine maternal and newborn health service use was reported by the Sierra Leone Ministry of Health and Sanitation (MOHS) to have declined across the district (Sierra Leone MOHS, unpublished data, 2014). For example, the number of first antenatal care visits in the district decreased by 29%, from 2,086 in May to 1,488 in July, and the number of postnatal care visits within 48 hours after delivery decreased by 21%, from 1,923 in May to 1,512 in July (Sierra Leone MOHS, unpublished data, 2014). To understand factors that might have contributed to these declines and to explore approaches to increase use of maternal and newborn health services during the Ebola epidemic, MOHS collaborated with the International Rescue Committee, the Kenema District Health Management Team, and CDC to assess attitudes and perceptions regarding the risk for Ebola and health facility use among health workers and pregnant and lactating women.

A structured interview guide was used to ask open-ended questions covering the following areas: 1) health facility use for routine health services; 2) reasons for decreased use; 3) ideas for encouraging women and children to return to the facility for care; and 4) perceptions of safety. Content analysis was used on interview notes to group responses into common themes. Responses were repeatedly and systematically reviewed until no new themes emerged.

Perceptions of Health Facility Use.

Health workers, support staff, and pregnant and lactating women reported a sharp decline in facility use for routine health services immediately after the Ebola outbreak began. Deliveries in health facilities were perceived to be less affected by the Ebola outbreak compared with antenatal, postnatal, and immunization care. After Ebola awareness and educational activities had been implemented, health workers reported that the numbers of antenatal, family planning, and immunization care visits appeared to increase gradually, although most have not yet returned to pre-epidemic levels. Vaccination coverage remained stable in some communities because health workers went directly to villages to vaccinate. Health workers and pregnant and lactating women believed that the recent infection prevention training of health workers, and additional equipment such as containers for hand washing with chlorinated water, has increased use of maternal and infant health services by providing reassurance to the community. Some noted that community members now come to health facilities just for the purpose of washing their hands.

Perceptions of Reasons for Decreased Use.

There was consensus among facility staff and pregnant and lactating women that the primary reason for decreased use of health facilities was fear of contracting Ebola at a facility, including outpatient facilities. Several common misconceptions were reported by pregnant and lactating women. For example, it was erroneously believed that staff was paid for each patient referred and therefore every person who went to a health facility would be presumed to have Ebola and taken to the Kenema Ebola Treatment Unit. Another common misconception was that health facility staff injected patients with Ebola or took their blood for financial gain or magical power. All vehicles or foreigners or both that came into the community were thought to be bringing Ebola to the area. These misconceptions were particularly strong early in the outbreak, but have become much less common according to pregnant and lactating women. However, all participants reported knowing at least some persons in their communities who continue to refuse to seek care at health facilities because of ongoing fear related to misconceptions.

Ideas for Encouraging Women and Children to Return to Health Facilities.

Women and health workers suggested the following messaging to encourage facility use: “The health workers took good care of you before Ebola, and they will do so now! Come and see how many other women and children are coming for care.” A popular idea among participants was to share messages about the recent infection prevention and control trainings so that facilities were perceived to be safe. Health workers and community members also suggested offering incentives such as food or clothing to encourage antenatal care registration and use of the facility for care. Another recommendation was having women who have had care recently in the facility return to their villages to share their positive experiences. Traditional birth attendants described the process of going into villages and singing and dancing as a way to call women together for education. The traditional birth attendants showed a deep interest in helping to spread messages about Ebola and the importance of coming to the facilities for health care, but felt they would first need training to be effective. The facility staff strongly encouraged this option because traditional birth attendants are highly trusted by women in the villages. Pregnant and lactating women and health workers expressed their eagerness to engage in these activities to encourage facility use.

Feelings of Safety Among the Staff.

The health staff reported a reduction in fear of Ebola since their recent infection prevention and control training, although they noted gaps in the provision of infection prevention equipment. It was commonly reported that “if these other people at the higher health system level [hospitals] can get Ebola and die, then of course we can, too!” Fear among and for traditional birth attendants by nurses and midwives was particularly strong, because they did not receive the trainings and did not have access to personal protective equipment such as gloves, aprons, and masks.

2. Save the Children. Surviving the first day: state of the world’s mothers 2013. Available at http://www.refworld.org/docid/51a5ad654.htmlExternal Web Site Icon.