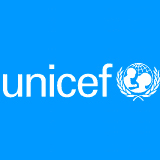 By Sarah Crowe and Rajat Madhok

Few roads lead to Daikundi, Afghanistan. It is the heartland of a hard land – so barren and remote, even the conflict cannot reach it. Ironically for a country at war, it is not violence that puts the lives of mothers and small children at risk but the simplest act of giving life and struggling to survive.

Habiba travelled a long way to get to the hospital in Daikundi. Desperately exhausted and heavily pregnant, her immediate worry was for her third-born child Sakina, who was suffering from severe malnutrition. After being treated for a week at the health facility, Sakina was released and provided fortified nutritious biscuits to ensure her continued health.

Her mother must now start to think about her unborn child – with more than half of its children chronically malnourished, survival itself is a daunting challenge in Afghanistan.

In this country, nine out of ten mothers do not give birth in a health facility, as the cost of transport is prohibitive. Tahira, 30, is a midwife and part of a government health team that visits the most remote parts of Daikundi province. For these women, Tahira is their doctor, their nurse – their lifeline.

“Most of the women here are child brides,” explained Tahira. “They are not educated at all and they all come from very poor economic conditions.”

Training midwives and community health workers who go door to door and counsel pregnant women and mothers on reproductive health and hygiene, these volunteers also talk to women on broader issues that may affect their health as well as their children’s.

Anaemia is one such issue facing mothers in this part of the world. Fatima, 25, lost her child four months ago due to the devastating condition. Her ill health and extreme poverty led to the death of her baby boy during child birth. Her story is typical – at 15 she had to marry a man 40 years older than her. All her daughters were born at home with no medical help.

Today Fatima is still weak. As she prepared her family’s daily meal – of bread and tea – she recounted her loss. “I lost my child because I could not go to the health facility as it was very far,” she said sadly. “I really miss my child, whenever I see babies from other houses I miss him so much.”

Fortunately, UNICEF has ambitious plans for this region, aiming to invest in the neglected province and provide a minimum package of care – health, nutrition and better water and sanitation – for most of the women and children here by 2013.

Adriana Zarrelli, UNICEF’s Chief of Health and Nutrition in Afghanistan feels that the international community can play an important role in helping reduce the numbers of infant and maternal mortality in Daikundi.

“It’s important that the international community understands that it’s not only a health problem,” she stressed. “It has to be solved with the engagement of all sectors, especially transportation and telecommunications and also sectors related to improving the economies of the families like food security and agriculture.”

In Daikundi, today’s parents know that they won’t be able to boost tomorrow’s generation without a helping hand and in this forgotten province of Afghanistan– that is what is needed.