Home > Resources > Sepsis: A review of multidrug-resistant Enterobacteriaceae in a neonatal unit in Johannesburg, South Africa 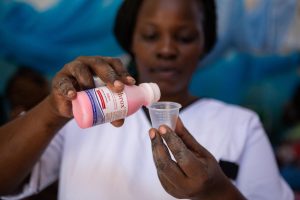 Multi-drug resistant organisms are an increasingly important cause of neonatal sepsis.

This was a cross sectional retrospective review of MDRE in neonates admitted to a tertiary neonatal unit between 1 January 2013 and 31 December 2015.

The all-cause mortality rate was 33.3%. Birth weight (p = 0.003), necrotising enterocolitis (p < 0.001) and mechanical ventilation (p = 0.007) were significantly associated with mortality. Serratia marcescens was isolated in 55.2% of neonates that died.

There was a significant increase in MDRE in neonatal sepsis during the study period, with the emergence of CRE. This confirms the urgent need to intensify antimicrobial stewardship efforts and address infection control and prevention in neonatal units in LMICs. Overuse of broad- spectrum antibiotics should be prevented.