Home > Resources > Sub-Saharan Africa’s Mothers, Newborns, and Children: How Many Lives Could Be Saved with Targeted Health Interventions? 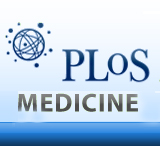 This paper is part of a PLoS Medicine series on maternal, neonatal, and child health in Africa. Read paper one here.

Sub-Saharan Africa is at a critical point for achieving the Millennium Development Goals for maternal and child survival. Time is short so strategic action is needed now to maximize mortality reduction by 2015.

Functioning health systems require both community-based or outreach services and facility-based care. Maximizing mortality impact for Africa’s mothers, newborns, and children depends on using local data to prioritize the most effective mix of interventions, while building a stronger health system.

On behalf of the Science in Action: Saving the lives of Africa's mothers, newborns, and children working group