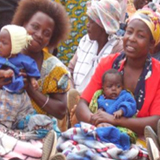 Since 2004, the Ekwendeni Church of Central Africa Presbyterian (CCAP) Mission Hospital, a member of the Christian Health Association of Malawi (CHAM), and Save the Children have partnered in the implementation of an innovative community mobilisation and behaviour change effort to bring about positive change for maternal and newborn health in Mzimba District in Northern Malawi.

Recognizing the valuable care-taking, social credibility, and decision-making power traditionally held by grandparents, or agogo, in local communities, Ekwendeni Hospital developed its Agogo Approach, with support from Save the Children, to increase the potential of grandparents’ influence and effectiveness in advising new mothers and families about best practices in maternal health and essential newborn care.

Over this period, Ekwendeni Hospital staff noted an improvement in birth outcomes in its catchment area, paired with increased demand for antenatal, intrapartum, and postnatal services at the hospital and outreach clinics. For examples, between 2006 and 2008, there was a 21% increase in women delivering their babies in health facilities. Since the initial trainings, grandparents have been actively engaged in community mobilisation and behaviour change by sharing critical information about maternal and newborn care through songs, drama, community conversations, and pro-active referrals. Through the process of documenting their activities (record-keeping), grandparents have become important team members in monitoring the health of pregnant women and newborns in their villages.

The Agogo Approach’s achievements make a compelling case for the implementation of behaviour change programmes that respect and build on existing social structures and relationships in order to improve health outcomes. The acceptance and sustainability potential of the Agogo Approach prompted Save the Children to support Ewendeni Hospital in documenting this innovative effort. This report was written to inspire and help guide local, community-based organisations and faith-based groups, non-governmental organisations, civil society outreach initiatives, and others wishing to engage grandparents and replicate or adapt Ekwendeni’s programme according to local needs. Although care has been taken to provide generic guidelines that might easily be translated to other environments, different cultural and organisational contexts may naturally dictate modifications to planning and implementation.

>Click here to download the Rapid Qualitative Assessment : “Custodians of Tradition” Promote Positive Changes for the Health of Newborns

U.S. Agency for International Development, Save the Children