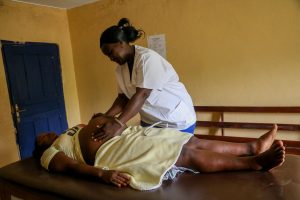 Newborns are at greatest risk of dying at and shortly after the time of birth. Newborn mortality remains an urgent concern and is an important indicator of child health, development and well-being. Studies examining the effectiveness of antenatal care on maternal and newborn health outcomes have provided conflicting results. The aim of this review and meta-analysis was to determine the pooled effect of antenatal care on neonatal mortality in sub-Saharan Africa.

We searched PubMed, Medline, EMBASE, CINAHL and Google Scholar from September to November 2016 and then updated our search on April 13, 2019. Two independent reviewers extracted data from eligible studies. The quality of each included study was assessed using the Risk of Bias Assessment tool for Non-Randomized Studies (RoBANS). The results were reported based on risk ratio (RR) with 95% confidence intervals (CI) using a random-effects model.

Eight hundred and ninety eight studies were initially identified. During screening, 23 studies were found to be relevant for data extraction. Of these, only twelve studies fulfilled the inclusion criteria and were included in the analysis. In five of the twelve studies included in the analysis, antenatal care service utilization had a significant association with neonatal mortality. The pooled risk ratio by the random-effects model was 0.61 (95% CI: 0.43, 0.86) for neonates born to women who received at least one antenatal care visit by a skilled provider as compared to neonates born to women who did not receive antenatal care.

This review indicates that utilization of at least one antenatal care visit by a skilled provider during pregnancy reduces the risk of neonatal mortality by 39% in sub-Saharan African countries. Thus, in order to accelerate progress towards the reduction of newborn deaths, all pregnant women should receive antenatal care during pregnancy.