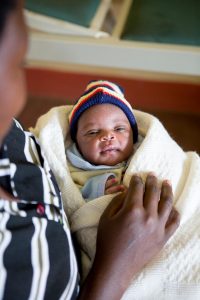 In the Democratic Republic of the Congo (DRC), more than 93% of users must pay out of pocket for care. Despite the risk of catastrophic expenditures (CE), 94% of births in Lubumbashi are attended by skilled personnel. We aimed to identify risk factors for CE associated with obstetric and neonatal care in this setting, to document coping mechanisms employed by households to pay the price of care, and to identify consequences of CE on households.

We used mixed methods and conducted both a cross-sectional study and a phenomenological study of women who delivered at 92 health care facilities in all 11 health zones of Lubumbashi. In April and May 2015 we followed 1,627 women and collected data on their health care and household expenses to determine whether they experienced CE, defined as payments that reached or exceeded 40% of a household’s capacity to pay. Two months after discharge, we conducted semi-structured interviews with 58 women at their homes to assess the consequences of CE.

In all, 261 of 1,627 (16.0%) women experienced CE. Whether a woman or her infant experienced complications was an important contributor to her risk of CE; poverty, younger age, being unmarried, and delivering in a parastatal facility or with more highly trained personnel also increased risk. Among a subset of women with CE interviewed 2 months after discharge, those who were in debt or who had lost their trading income or goods were unable to pay their rent, their children’s school fees, or were obliged to reduce food consumption in the household; some had become victims of mistreatment such as verbal abuse, disputes with in-laws, denial of paternity, abandonment by partners, financial deprivation, even divorce.

We found a higher proportion of CE than previously reported in the DRC or in other urban settings in Africa. We suggest that the government and funders in DRC support initiatives to put in place mutual-aid health risk pools and health insurance and introduce and institutionalize free maternal and infant care. We further suggest that the government ensure decent and regular payment of providers and improve the financing and functioning of health care facilities to improve the quality of care and alleviate the burden on users.