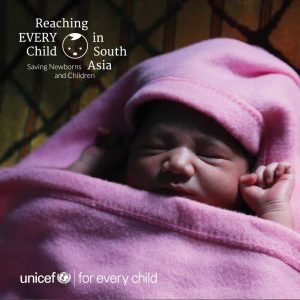 The South Asia Health Atlas provides evidence on the urgency to reach the most disadvantaged children in the Region. Using the relatively under-used, innovative technique of ring mapping, the Atlas shows deprivations and underlying contributing factors of immunisation and newborn deaths across and within countries in the region. UNICEF in South Asia is releasing the new South Asia Health Atlas to highlight the importance of two major health problems: tackling newborn deaths and ensuring children are fully immunised in the region. The Atlas demonstrates clearly that newborn deaths tend to be among the poorest and most disadvantaged populations in the region and huge inequities in critical newborn health interventions exist across South Asia. Clear data on the inequities experienced by mothers and children is an essential tool in our work, including for policy setting, strategic planning and working with communities.