Home > Resources > Women’s, children’s, and adolescents’ health: who will lead? 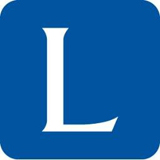 Last week, Somalia became the 195th country to ratify the Convention on the Rights of the Child (CRC), making the USA the only UN member state yet to ratify the treaty. The CRC, adopted by the UN General Assembly in 1989, is a landmark international agreement delivering a comprehensive set of rights for the world’s youngest citizens; Somalia should be applauded for its move. The news comes in a year that is critical for children, and for women. In less than a month in Delhi, India (Feb 26–27), a consultation will take place on transitioning the Global Strategy for Women’s and Children’s Health (2010–15) into a post-2015 environment. Four work streams are part of the 2015 roadmap for the transition process: a progress report on the present strategy (a draft of which will be launched in Delhi); updating of the conceptual framework for the next strategy; accountability; and advocacy and communications. The new global vision will be different in important ways—it will be the Global Strategy for Women’s, Children’s and Adolescents’ Health 2016–2030, recognising the vital need to include adolescent girls in efforts to improve reproductive, maternal, newborn, and child health. The strategy will also have a 5-year implementation plan.

Although these changes should ensure a much stronger post-2015 environment for women and children, some issues still need to be addressed. First, the incorporation of existing child health initiatives into the global strategy. In 2013, the integrated Global Action Plan for Pneumonia and Diarrhoea (GAPPD) was launched to reinvigorate action against these two major child killers. It champions a coordinated and collaborative approach to these infectious diseases, which share many of the same risk factors, and sets an ambitious but achievable goal: to end preventable childhood deaths due to pneumonia and diarrhoea by 2025. GAPPD represented progress towards a more focused approach in child survival. Even with the causes of child morality shifting, as documented in today’s issue of The Lancet, pneumonia and diarrhoea remain serious threats to children, and GAPPD remains highly relevant in efforts to improve their survival and health.

Additionally, last year saw a substantial development for newborn babies with the unanimous adoption of the Every Newborn Action Plan (ENAP) at the World Health Assembly (WHA). ENAP was born in response to data showing that newborn babies had been left behind in child survival efforts, and were an increasing proportion (44%) of deaths in children younger than 5 years. It advocates for quality care at birth because high coverage of interventions around this time can avert the greatest proportion of deaths (41%), saving 3 million lives (mothers, stillbirths, and newborns) every year. ENAP’s strong backing by health ministers at the WHA is commendable, but the endorsement needs to be followed through with action. GAPPD and ENAP are both evidence-based strategies guided by science and by extensive country consultations. They must be folded into the new overarching global strategy for 2016–30.

The second issue for the future health of women, children, and adolescents is global governance. A contest exists between the major players, and who is leading and coordinating is unclear. Should it be the UN Secretary-General’s Office, WHO, UNICEF, UNFPA, or the Partnership for Maternal, Newborn & Child Health (PMNCH)? The UN Secretary-General’s Office has been spearheading the drafting of the global strategy, but it is not a health-specific agency. WHO, meanwhile, has shown disappointing leadership by failing to identify a successor to Elizabeth Mason to direct its Department of Maternal, Newborn, Child and Adolescent Health—in such a critical year, this gap is unacceptable. Worse, UNICEF is largely invisible, having stepped back from defining a comprehensive and coherent strategy for child health. Then there is PMNCH, formed in 2005 to accelerate progress towards Millennium Development Goals 4 and 5 on child and maternal health. It has gone from some 100 members to nearly 700 but has recently struggled to find its role in a crowded and complex field of international players. In February, Robin Gorna becomes the Partnership’s new executive director. She has a strong background of community engagement, activism, human rights, and strategic experience in the HIV/AIDS field. Under her leadership, PMNCH will be well positioned to take a stronger governance and coordination role in women and children’s health.

The upcoming Delhi meeting presents an opportunity to review progress and, more importantly, fix the existing global leadership vacuum for women, children, and adolescents. This is a critical moment at which the prospects for their health and wellbeing in the next decade and beyond will be determined.

The Lancet, WHO, UNICEF, UNFPA