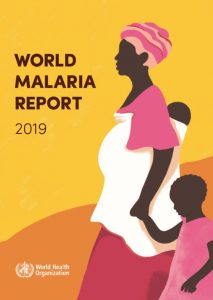 The scourge of malaria continues to strike hardest against pregnant women and children in Africa. The World malaria report 2019 includes a special section focused on the burden and consequences of the disease among these two most at-risk groups. It delivers a clear message: we must all do more to protect the most vulnerable in the fight against a disease that continues to claim more than 400 000 lives every year. Malaria in pregnancy compromises the mother’s health and puts her at greater risk of death. It impacts the health of the fetus, leading to prematurity and low birthweight, major contributors to neonatal and infant mortality. Last year, some 11 million pregnant women in sub-Saharan Africa were infected with malaria and, consequently, nearly 900 000 children were born with a low birthweight.

To protect pregnant women in Africa, WHO recommends the use of insecticide-treated mosquito nets (ITNs) and preventive antimalarial medicines. This report shows progress on both fronts. Still, nearly 40% of pregnant woman did not sleep under an ITN in 2018 and two thirds did not receive the recommended three or more doses of preventive therapy. Among children, efforts to expand access to preventive antimalarial medicines are bearing fruit. In Africa’s Sahel sub-region, WHO recommends seasonal malaria chemoprevention during the peak transmission season.

Nearly three quarters of children living in areas eligible for this preventive therapy received it in 2018. Sierra Leone is to be commended for becoming the first country in Africa to roll out intermittent preventive treatment in infants, another WHO-recommended approach for protecting young children in malaria-affected areas. Still, access to care for children showing signs of a fever remains too low. Country surveys show that nearly 40% of febrile children in sub-Saharan Africa are not taken for care with a trained medical provider. At least 10 countries that are part of the WHO “E-2020 initiative” are on track to reach the 2020 elimination milestone of our global malaria strategy. In 2015, all of these countries were malaria endemic; now they have either achieved zero indigenous malaria cases or are nearing the finish line. However, in recent years, global progress in reducing new malaria cases has levelled off. Most worrying of all, malaria is on the rise across some high-burden countries in Africa. Critical milestones of the global malaria strategy are likely to be missed.