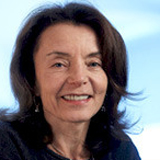 Ana Langer, MD, Director of the Maternal Health Task Force. Dr. Langer joined the Harvard School of Public Health as the leader of the Women and Health flagship initiative in 2010. For the previous five years, Dr. Langer served as the President of EngenderHealth, a leading international reproductive health organization working to improve the quality of health care in the world’s poorest communities. Prior to joining EngenderHealth, Dr. Langer served as the Population Council’s Regional Director for Latin America and the Caribbean, overseeing reproductive health, family planning and HIV prevention programs and research in more than 10 countries. Prior to that, Dr. Langer was a special advisor to the Minister of Health in Mexico and, as Director of the Division of Research on Women and Children’s Health for the Mexican National Institute of Public Health, Dr. Langer led efforts to advance policies aimed at reducing maternal mortality and disability. Dr. Langer has published in more than 30 peer-reviewed scientific journals, as well as in the popular press, including the International Herald Tribune, Newsweek and The Guardian. Dr. Langer sits on the World Health Organization’s Advisory Committee on Health Research and is the co-chair of the International Planned Parenthood Federation’s International Medical Advisory Panel. Dr. Langer currently serves on several editorial boards, including those of The Lancet, the Bulletin of the World Health Organization and the WHO Reproductive Health Library. Dr. Langer earned her medical degree from the National University of Buenos Aires, Argentina. She is board certified in pediatrics and neonatology. Originally from Argentina, she is fluent in Spanish, French and English and is proficient in Portuguese. 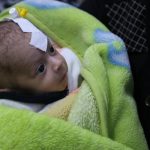 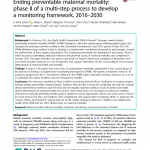