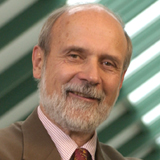 George A. Little M.D. is Professor of Pediatrics and of Obstetrics & Gynecology at the Dartmouth Medical School and the Dartmouth-Hitchcock Medical Center where he is a clinically active neonatologist. He served for over a decade as Professor and Chairman of the Department of Maternal and Child Health at Dartmouth before it became separate departments of Pediatrics and Ob/Gyn.   96 800x600 Normal 0 false false false EN-US JA X-NONE /* Style Definitions */ table.MsoNormalTable {mso-style-name:"Table Normal"; mso-tstyle-rowband-size:0; mso-tstyle-colband-size:0; mso-style-noshow:yes; mso-style-priority:99; mso-style-parent:""; mso-padding-alt:0in 5.4pt 0in 5.4pt; mso-para-margin:0in; mso-para-margin-bottom:.0001pt; mso-pagination:widow-orphan; font-size:10.0pt; font-family:"New York","serif";} In addition to clinical research, his interests have focused on perinatal health policy, systems development and regionalization, outcomes, reproductive and perinatal ethics, the family in the NICU (Neonatal Intensive Care Unit) and international health.  He is a Fellow of the American Academy of Pediatrics (AAP) and an Honorary Fellow of the American College of Obstetricians and Gynecologists (ACOG). In addition to the AAP and ACOG he has been actively involved and served in leadership and consultative positions with a large number of organizations including NACHRI (National Association of Childrens Hospitals and Related Institutions), NPIC (National Perinatal Information Center), AHA (American Hospital Association) and the MOD (March of Dimes) as well as federal and state governmental agencies.   He is a producer of Dreams and Dilemmas , an award winning cinema verite film focused on parental involvement in clinical decision making as well as other films. He is the author of numerous peer-reviewed publications.  He has a strong career interest and  involvement in global medicine. He was the initiating Co-Director of Helping Babies Breathe ( HBB), an American Academy of Pediatrics comprehensive effort to improve survival of babies in resource poor areas  through a newly developed and field tested educational curriculum currently being implemented globally. He is presently a member of  the HBB Planning Committee  and serves as a country mentor for HBB in Malawi. He is also presently actively involved in improving pregnancy outcomes in Kosovo. Early in his career he served as a Peace Corps staff physician in Nigeria and Malawi and then as Regional Medical Officer for Africa.  He has served with a US Agency for International Development (USAID) Child Survival Project in Egypt and as a consultant to the Faculty of Medicine at the United Arab Emirates University in Abu Dhabi.