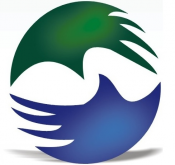 NIDA-Pakistan is non-profitable, non-governmental, non Political and non Religion organization registered under Societies and companies Act under ordinance 1860, is committed to help the underprivileged population anywhere in Pakistan, Include FATA, and Azad Kashmir. It also provides trainings to public, private, Government department and voluntary organizations. This organization operates independently of any political and cultural influences. As a non-governmental organization NIDA-Pakistan, intervenes both in situations of disaster and non-disaster for sustainable development of the marginalized population restoring their autonomy in the society.

The team of NIDA-Pakistan consists of psychologists, sociologists, social organizers, public health specialist, economists, lawyers, human rights activists and educationists. All these qualified members are working to enhance the physical mental health of people from all sections of the society. NIDA-Pakistan organization also works for persons with disabilities, non formal education, against the issue of domestic violence, child sexual abuse/corporal punishment/child labor and child trafficking. The aim of NIDA-Pakistan is to serve the humanity, development of human resources, capacity building, mental health facilities, and economic sustainability without gender discrimination. NIDA-Pakistan acquired registration with directorate of joint companies and Societies Peshawar KPK under the ordinance 1860 having registration No 611/ 5/5650.

Empowerment through social mobilization and organization which will lead to social development with active community participation at grass roots level.

To ensure organized efforts of locals for making their lives better.

Health and Nutrition Situation in Pakistan

The health status indicators of Pakistan are poorer than most low-income countries, even when compared with countries having a lower Gross National Product per capita. The percentage of total government health expenditure in relation to Gross Domestic Product in Pakistan is also much lower than many developing countries.  While the health of the population in Pakistan has improved over the past decades, the rate and level of improvement has been unsatisfactory.

In Pakistan, the nutritional status of children under five years of age is extremely poor. At a national level almost 40% of these children are underweight. Over half the children are affected by stunting and about 9% by wasting. A positive relationship exists between the age of the child and the prevalence rates of stunting and underweight. There are significant provincial variations in malnutrition rates in Pakistan, whereas no differences in malnutrition rates are apparent between sexes. The prevalence of stunting appears to be associated with the overall level of development of the provinces, being lowest in Punjab and highest in Baluchistan, the least developed province.