In a country like Haiti, where 60% of women deliver at home, it is not uncommon that women find themselves in very risky situations if something starts to go wrong during labor or delivery. In rural areas – the risk is even higher as villages are spread across the mountainous terrain with poor accessibility to roads or transport. In urban areas, women may not have long distances to cover but they may fear going out at night due to poor security on the roads. For poor women, finding any transport, especially at night, can be a challenge everywhere. Therefore, women may be reluctant or unable to travel to a health facility to deliver, even when they desire to do so.

“If the area is in wartime it will be difficult… when the area is in war, but since you have an emergency and you are about to give birth sometimes they [the gang members] have a certain compassion for you in front of that…there is insecurity” – Woman in urban Haiti

However, the difference isn’t always urban or rural. We spoke with women who delivered at a health facility and those that delivered at home and learned that use of antenatal care services and connection to traditional birth attendants played important roles in the choice of place to deliver. Women who had followed antenatal care, especially if they developed a pregnancy complication, were likely to follow a doctor’s advice and plan to deliver at a hospital. However, others expressed a preference for delivering at home with a traditional birth attendant. Reasons could be lack of information on which facility to choose, cost of delivering at a facility, fear or anxiety about mistreatment at the facility, and a prior positive experience delivering at home with a birth attendant.

“The reason I chose to give birth at the hospital was because when I was pregnant I was sick, my feet were swollen, I became anaemic. Every time I went to the hospital the doctor told me not to stay at home when I would have pain; always go to the hospital because if it becomes dangerous for me so that I can find a doctor to help me. That’s why I gave birth in hospital; I spent 3 days in hospital before giving birth. But thanks to God, everything went well“ — Woman in rural Haiti

“There are those women who do not follow the evolution of their pregnancy in a hospital. When she is about to give birth, that’s when she finds that she cannot put her child into the world, and she decides to go to the hospital. However, if previously you used to go to the hospital, the doctor could have seen that there is something more serious. I know a lot of people who don’t go to hospital to see if everything is alright. They say that they are afraid of being in a hospital.” — Woman in urban Haiti

The delay in seeking care for complications is one of the many reasons why perinatal mortality rates in Haiti are so high. In a recent review of hospital records from the south of Haiti, we learned that the rates of stillbirth can be much higher than the estimated national rates among women who do manage to arrive at a hospital (~50 stillbirths /1000 births). In at least half of these cases, the stillbirths were macerated, indicating significant time passing between fetal death and delivery. Similarly – of the babies admitted to the neonatal ward, 9% died during the first week of life.

What is essential in Haiti is that women have the correct follow-up and information during pregnancy to prevent perinatal mortality. This will not only be achieved by improving the rates of antenatal care visits, but also by giving women the information they need to better understand their pregnancies, by connecting the health system to birth attendants in the community to promote skilled care at birth, and by ensuring that women who do undertake the journey to deliver at a facility are made less afraid, more secure, and provided high quality of care for themselves and their infants. 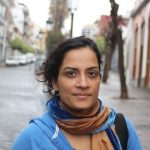 Alka Dev is a Scientist at Dartmouth-Hitchcock Medical Center in New Hampshire, USA, where she co-leads a project to reduce perinatal mortality in the south of Haiti. Her commitment to improving maternal and child health comes from learning about her own family’s history of stillbirths and neonatal deaths in India and her commitment to improving women’s status everywhere. She holds a doctorate from City University New York and a Masters from the Bloomberg School of Public Health.