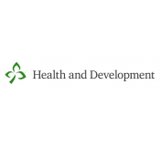 The Health and Development Foundation recently carried out a national survey among participants of its maternal and child mHealth program, SMSmame. This program (“SMS to Mom” in Russian, also known as Text4baby Russia) provides new and expectant mothers with free text messages to their mobile phones with information on caring for their own health and the health of their children.

This program is based on the successful U.S. maternal and child health initiative, Text4baby, and was developed under the auspices of the U.S.-Russia Bilateral Presidential Commission in 2010-2011 and launched nationwide in Russia by the Health and Development Foundation in February 2012.

Text4baby Russia is intended as a general health guideline and system of reminders that will encourage women to engage in healthy behaviors and visit their doctors in accordance with a generally accepted timeline. These reminders are also intended to jumpstart conversations between mothers and doctors, and motivate subscribers to seek out additional information from other reliable sources, by notifying women of early warning signs of health problems or introducing new information.

Text messages are sent to subscribers (pregnant women and mothers with children up until their first birthday, and family members). Message topics include nutrition, safety, substance abuse prevention, legal rights, mental health, exercise, developmental milestones, breastfeeding and more. Subscribers receive personalized information, as messages are organized and sent in accordance with their children’s due date or birth date. Messages contain no advertisements, spam, or product promotions.

This survey was conducted during April-October 2013 among 751 respondents from 64 Russian regions. Of these, 49 respondents were interviewed at the Federal Kulakov Center for Obstetrics, Gynecology, and Perinatology on April 2, 2013. These respondents (pregnant women) were attending two classes led by medical specialists at the center on the first anniversary of the SMSmame program launch. The other respondents were reached through an Internet survey in September-October 2013. Of these, 50 were pregnant, and 652 were mothers whose children were under one year of age.