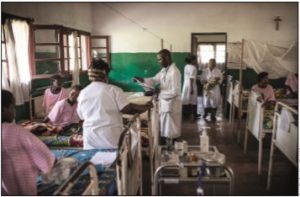 Worldwide, maternal health efforts are shifting from an emphasis on boosting service utilisation to improving quality of care. This change has been accompanied by a growing body of work on how women are treated during facility-based childbirth, which was first brought to global attention in 2010 by Bowser and Hill’s landscape analysis. Several studies have documented the ubiquitous nature of disrespectful care and its adverse effects on care-seeking behavior, and calls to action on quality of maternal health care have prioritized women’s experiences.

Before 2015, most of the research on women’s experiences during childbirth was qualitative in nature. Since then, several studies have sought to quantitatively measure the extent of disrespect and abuse during childbirth. These initial attempts highlighted that disrespect and abuse of women during childbirth are prevalent, although the estimates varied widely (from 15% to 98%) because of several methodological issues, including inconsistencies in how disrespect and abuse were measured. In The Lancet, Meghan Bohren and colleagues describe their efforts to address this issue by using tools that were rigorously developed for continuous observations of women during the intrapartum period and for community-based assessments at up to 8 weeks post partum.

Patience A Afulani, Cheryl A Moyer