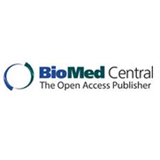 This report was originally published in BioMed Central

Background: Globally, 40% of the 7.6 million deaths of children under five every year occur in the neonatal period (first 28 days after birth). Increased and earlier recognition of illness facilitated by community health workers (CHWs), coupled with effective referral systems can result in better child health outcomes. This model has not been tested in a peri-urban poor setting in Africa, or in a high HIV context. Methods: The Good Start Saving Newborn Lives (SNL) study (ISRCTN41046462) conducted in Umlazi, KwaZuluNatal, was a community randomized trial to assess the effect of an integrated home visit package delivered to mothers by CHWs during pregnancy and post-delivery on uptake of PMTCT interventions and appropriate newborn care practices. CHWs were trained to refer babies with illnesses or identified danger signs. The aim of this sub-study was to assess the effectiveness of this referral system by describing CHW referral completion rates as well as mothers’ health-care seeking practices. Interviews were conducted using a structured questionnaire with all mothers whose babies had been referred by a CHW since the start of the SNL trial. Descriptive analysis was conducted to describe referral completion and health seeking behaviour of mothers. Results: Of the 2423 women enrolled in the SNL study, 148 sick infants were referred between June 2008 and June 2010. 62% of referrals occurred during the first 4 weeks of life and 22% between birth and 2 weeks of age. Almost
all mothers (95%) completed the referral as advised by CHWs. Difficulty breathing, rash and redness/discharge around the cord accounted for the highest number of referrals (26%, 19% and 17% respectively). Only16% of health workers gave written feedback on the outcome of the referral to the referring CHW. Conclusions: We found high compliance with CHW referral of sick babies in an urban South African township. This suggests that CHWs can play a significant role, within community outreach teams, to improve newborn health and reduce child mortality. This supports the current primary health care re-engineering process being undertaken by the South African National Department of Health which involves the establishment of family health worker teams
including CHWs.