Home > Resources > Association between breastfeeding and intelligence, educational attainment, and income at 30 years of age: a prospective birth cohort study from Brazil 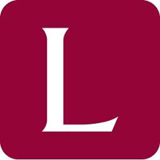 Background
Breastfeeding has clear short-term benefits, but its long-term consequences on human capital are yet to be established. We aimed to assess whether breastfeeding duration was associated with intelligence quotient (IQ), years of schooling, and income at the age of 30 years, in a setting where no strong social patterning of breastfeeding exists.

Methods
A prospective, population-based birth cohort study of neonates was launched in 1982 in Pelotas, Brazil. Information about breastfeeding was recorded in early childhood. At 30 years of age, we studied the IQ (Wechsler Adult Intelligence Scale, 3rd version), educational attainment, and income of the participants. For the analyses, we used multiple linear regression with adjustment for ten confounding variables and the G-formula.

Findings
From June 4, 2012, to Feb 28, 2013, of the 5914 neonates enrolled, information about IQ and breastfeeding duration was available for 3493 participants. In the crude and adjusted analyses, the durations of total breastfeeding and predominant breastfeeding (breastfeeding as the main form of nutrition with some other foods) were positively associated with IQ, educational attainment, and income. We identified dose-response associations with breastfeeding duration for IQ and educational attainment. In the confounder-adjusted analysis, participants who were breastfed for 12 months or more had higher IQ scores (difference of 3·76 points, 95% CI 2·20–5·33), more years of education (0·91 years, 0·42–1·40), and higher monthly incomes (341·0 Brazilian reals, 93·8–588·3) than did those who were breastfed for less than 1 month. The results of our mediation analysis suggested that IQ was responsible for 72% of the effect on income.

Interpretation
Breastfeeding is associated with improved performance in intelligence tests 30 years later, and might have an important effect in real life, by increasing educational attainment and income in adulthood.