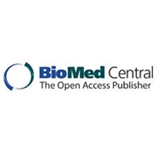 Background
Globally postnatal care (PNC) of the newborn is being promoted as a strategy to reduce neonatal deaths, yet few studies have looked at associations between early PNC and neonatal outcomes in sub-Saharan Africa. In this study we look at the associations of PNC provided on day 1 and by day 7 of life by type of provider – skilled (doctor, midwife or nurse or unskilled (traditional birth attendant or community health worker) on neonatal death on days 2 to 7 and days 2 to 28.

Methods
Data from 10 African countries with recent (from 2009 onwards) Demographic and Health Surveys are pooled and used in a multilevel logistic regression analysis to study associations between the PNC variables with the mortality outcomes after controlling for relevant socioeconomic and maternal factors (including antenatal care, skilled delivery, tetanus immunization and ever breastfed).

Conclusion
PNC is an important strategy to reduce neonatal death. While postnatal care by a skilled provider is a preferred strategy, PNC provided by unskilled providers can also serve as an intermediate implementation approach as countries strive to reach more newborns and save more lives.