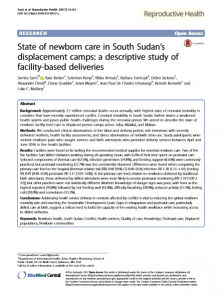 Researchers aimed to describe the state of newborn facility-level care in displaced person camps across Juba, Malakal, and Maban.