Home > Resources > Why are the Pakistani maternal, fetal and newborn outcomes so poor compared to other low and middle-income countries? 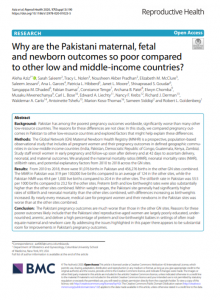