Home > Resources > Zika: Emergence of the Asian lineage of the virus in Angola 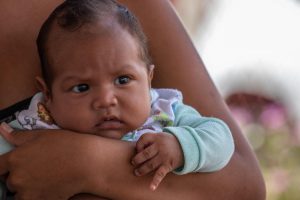 Zika virus infections and suspected microcephaly cases have been reported in Angola since late 2016, but no data are available about the origins, epidemiology, and diversity of the virus. We aimed to investigate the emergence and circulation of Zika virus in Angola.

Diagnostic samples collected by the Angolan Ministry of Health as part of routine arboviral surveillance were tested by real-time reverse transcription PCR by the Instituto Nacional de Investigação em Saúde (Ministry of Health, Luanda, Angola). To identify further samples positive for Zika virus and appropriate for genomic sequencing, we also tested samples from a 2017 study of people with HIV in Luanda. Portable sequencing was used to generate Angolan Zika virus genome sequences from three people positive for Zika virus infection by real-time reverse transcription PCR, including one neonate with microcephaly. Genetic and mobility data were analysed to investigate the date of introduction and geographical origin of Zika virus in Angola. Brain CT and MRI, and serological assays were done on a child with microcephaly to confirm microcephaly and assess previous Zika virus infection.

Our analyses show that autochthonous transmission of the Asian lineage of Zika virus has taken place in Africa. Zika virus surveillance and surveillance of associated cases of microcephaly throughout the continent is crucial.